In ‘Ōlelo Hawai‘i, the above phrase means, “Nurture the child and the community thrives”. Some of you may already know that I am Native Hawaiian and was born on the Big Island of Hawai‘i. When I was five years old, my parents moved our family to the Mainland to try to give us more opportunities. My ohana and I go back and forth about if this was the right choice. Yes, my brother and I were able to partake in various activities that were not provided in our Waikoloa town, but, on the other hand, I had to give up a large part of my culture to assimilate in our mostly-white Mainland city.

Growing up, my Mainland teachers never had a book featuring a Native Hawaiian character in their libraries let alone during a classroom read aloud. I had some of the most loving teachers, but they were just unaware of good literature featuring Native Hawaiians.

And, that is the story for most Mainland teachers. Students are often left with over-stereotyped versions of us that they see in popular media and party stores. We are more than just pineapples, coconut bras, and surfing. We have a rich history and culture. We have strong values and sense of community. He Hawaiʻi kākou (we are hawaiian)!

To reconnect with my culture and ohana, I took an eight-day trip back to the Big Island this summer. As I am sitting in my Tūtū’s house writing this article, I feel at peace, but also a strong sense of kuleana (responsibility) to make sure every teacher has resources to help eradicate negative stereotypes of Native Hawaiians and teach the richness of us. Therefore, I am listing 5 Books Featuring Native Hawaiian Characters for this Fast Five Friday. There are books for all ages and I urge you to include these in your libraries and read alouds to help us nurture our keiki.

1. No ke Anilā: Our Hawaiʻi Weather, by Kaulana Dameg & Mahealani Kobashigawa and illustrated by Eve Furchgott

No ke Anilā: Our Hawai‘i Weather is a bilingual picture book that is in English and Hawaiian. It is all about the weather in Hawai’i and how you can tell the weather using traditional observations.

On the Spectrum for Multicultural Literature, it would be between a Representation and Exploration book because it explores some aspects of culture but mostly just features a Native Hawaiian character. This book would be perfect for classroom units about the weather or making observations.

2. Pono the Garden Guardian, by Dani Hickman and illustrated by Kristi Petosa-Sigel

Pono the Garden Guardian is a picture book about Pono, a menehune, which are Hawaiian mythological creatures known for being tiny and good craftspeople. Pono and his friends spend their days causing mischief in Mrs. Miyamoto’s garden. One day Mrs. Miyamoto gets hurt because of their pranks and Pono begins to feel guilty.

On the Spectrum for Multicultural Literature, Pono the Garden Guardian would be between a Representation and Exploration Book because it features Native Hawaiian characters and also has some elements of Native Hawaiian mythology. This book would be great for a social emotional read aloud about what to do when you hurt someone.

3. The Shark King: A Toon Book, by R. Kikuo Johnson 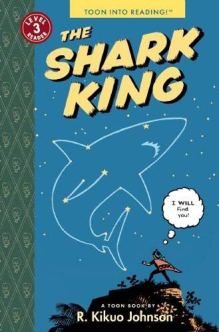 The Shark King is a graphic novel about Nananue, the son of the shark god Kamohoali‘i. While Nananue grows up, he has to figure out how to negotiate his father’s heritage and his mother’s community.

On the Spectrum for Multicultural Literature, The Shark King would be an Exploration Book because it is derived from famous Native Hawaiian mythology of Kamohoali‘i. I love this graphic novel because it was the first one I ever experienced with a Native Hawaiian character and it is written by a Hawaiian author. It would be brilliant as a read aloud and an addition to your library.

4. One Boy, No Water: The Niuhi Shark Saga, by Lehua Parker 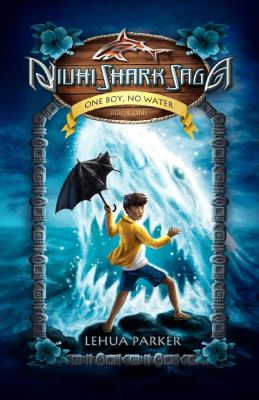 One Boy, No Water is the first book in the Niuhi Shark Saga series. It follows eleven-year-old Alexander Kaonakai Westin (Zander for short), who lives in Hawai’i with his ohana that found him abandoned on the reef as a newborn. He has a lot of biological quirks, including an allergy to water, that sets him apart from his pro-surfer brother Jay. However, when Jay quits surfing after a scare with a shark, Zander decides to look for answers to his heritage and family.

On the Spectrum for Multicultural Literature, One Boy, No Water would be between a Representation and Exploration book. It is action-packed and perfect for fourth graders and beyond. The book could also serve read aloud to practice inferencing as your students try to figure out Zander’s secret using clues in the book.

5. Between the Deep Blue Sea and Me, by Lurline Wailana McGregor

Between the Deep Blue Sea and Me is a young adult novel about Moana Kawelo who has a glamorous life in California. However, when her father suddenly passes away, she is brought back to her home in Hawai’i. Moana struggles to find her identity in Hawai’i and questions her success on the Mainland.

On the Spectrum for Multicultural Literature, Between the Deep Blue Sea and Me would be between an Exploration and Conversation book because the main character struggles with her racial and cultural identity. This book won the 2010 Best Young Adult Book from the American Indian Library Association.

Mahalo nui loa for adding at least one of these books to your classroom and/or home! We want to support all our keiki in their classrooms, library, and beyond. There are plenty of other books that I could recommend too, so look out for future articles.