While at the 2019 Seattle Ethnic Studies Institute, I talked to many educators, parents, and librarians. However, one specific conversation stands out the most to me. I got to talk to a mother who is very active in the Seattle Public Schools. She was excited to see our Colorful Pages table and the diverse books displayed, but asked me a very important question: Where are more of the books that would engage my elementary-aged Black son?

I quickly looked around thinking: Wait, where is Chocolate Me? Where is Salt in His Shoes? I have Radiant Child and some other graphic novels featuring black characters, but where are the others?

I was left with the realization that I did not grab as many books specifically about and/or for our young Black boys. I did not currate my selection focusing on the group of children that are so often left out of literature and classrooms the most. Yes, I did have Black representation there, especially in the secondary education books, but it was not enough to give the educators I was conversing with a lasting impression.

So, I want us all to think about the following question that ran around in my mind for hours after this conversation: What are you doing to specifically uplift our Black boys that live in our community?

Inspired by this amazing mother and my conversation with her, I have switched around our schedule to do an emergency Fast Five Friday. For this Friday, we are listing 5 Books Featuring Our Black Boys. I have included four picture books and two secondary education chapter books (yes, that totals six, but I included a bonus book because of the extreme importance of this Fast Five Friday). 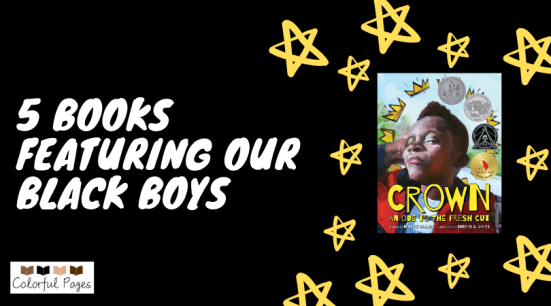 Diverse books are not the “magic cure” for racism, but they do help every child build cross-cultural empathy and cultural empowerment. I urge EVERY SINGLE educator, family, and librarian to buy at least two of these books to add to your libraries and lessons. These books are not just for our black readers, but for every child to see the black male community represented more! 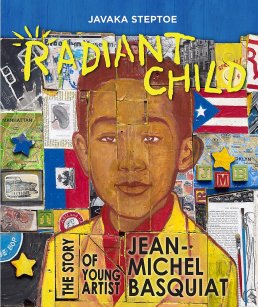 Radiant Child is about Jean-Michel Basquiat, an influential artist, as he grows up in Brooklyn and then moves to New York City as a teenager. It tells the story of his life by embracing that he was a young prodigy and emphasizing that his art did not stay inside the lines.

On The Spectrum for Multicultural Literature, it would be mostly a Representation Book with some elements of an Exploration Book because it is exploring the life of Basquiat with some elements of his family’s cultures spread throughout the beginning. This picture book would be great to inspire budding artists and also can be used to explore biographies. 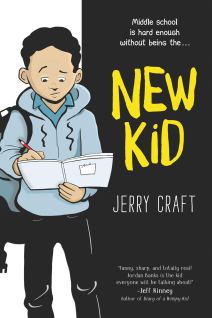 New Kid is a graphic novel that follows Jordan Banks, a seventh grader who loves drawing. When his parents enroll him in a prestigious private school outside of his own neighborhood, Jordan has to learn to juggle what seems like two worlds.

On The Spectrum of Multicultural Literature, New Kid would be a Conversation Book because Jordan is one of the few kids of color at his new school which presents a lot of all-too-familiar challenges rooted in race. One of my fifth graders got this book from his teacher and read it non-stop for a few months because he was so engaged in the story! Jerry Craft crafted the perfect book for our students to feel seen and see others.

3. The King of Kindergarten, by Derrick Barnes and Vanessa Brantley-Newton 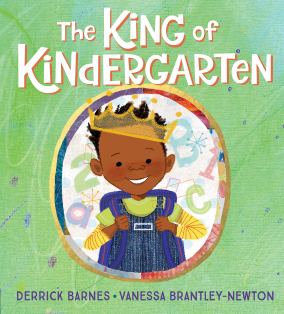 The King of Kindergarten is a picture book about a little boy getting ready and going to his first day of Kindergarten. Barnes and Brantley-Newton beautifully position the little boy as a king ready to take on a new adventure with their illustrations and figurative language.

On The Spectrum of Multicultural Literature, The King of Kindergarten would be a Representation Book because it is about a little boy going to Kindergarten and does not do a deep dive into culture. I am SO excited to read this book to my little ones this year. The King of Kindergarten is a great story for every child and it specifically helps empower our Black boys. It shows that they not only belong in school, but that they are kings and can achieve so much!

4. Crown: An Ode to the Fresh Cut, by Derrick Barnes 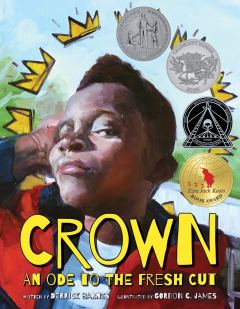 Crown: An Ode to the Fresh Cut is an artisitcally engaging picture book that celebrates the experience of Black boys getting their haircut at a barbershop. The words and illustrations embody empowerment and self-esteem. It has won multiple awards and named one of the best books my multiple media outlets.

On the Spectrum of Multicultural Literature, Crown: An Ode to the Fresh Cut is an Exploration Book because it explores the cultural element of a fresh cut and the barbershop. Just like Barnes’ other book above, this picture book builds the confidence of Black readers while also engaging every child through a powerful piece of literature.

5. We Could Be Brothers, by Derrick Barnes 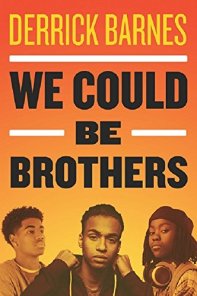 We Could Be Brothers is about two thirteen-year-old African-American boys coming together during a three-day after-school suspension. Robeson Battlefield and Pacino Clapton seem like they come from two different worlds, but eventually come together and talk about many different topics that affect them and their community, including the use of the N-word, masculinity, and identity.

On the Spectrum of Multicultural Literature, We Could Be Brothers is a Conversation Book because race and culture is explored through the challenges of discrimination. This book pushes forward the ideas of mentorship and brotherhood within the Black community. Pass on these themes and important conversations by adding it into your classroom read alouds and library!

**BONUS: I Got Next, by Daria Peoples-Riley 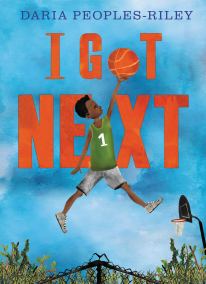 We are not going to delve too much into this picture book because we will actually be featuring an interview with Daria Peoples-Riley very shortly! Her book, I Got Next, came out just this week (Happy Book Birthday, Daria!!). It is a visually-captivating picture book that any little one would enjoy!

In addition to these six books empowering our Black boys, they are also written by Black authors. It is important that we position our Black authors as the ones that should tell their own stories. Also, we want to show our Black students that they can become authors and illustrators, too! We need more diverse books by diverse authors and that starts in our classrooms and homes.

I wanted to give a big thank you to the Seattle Public Schools mother I talked with! I hope that this list does our conversation justice. Fellow educators and families, remember: What are you doing to specifically uplift our black boys that live in our communities?